Motorcycle accidents and the lower limb. 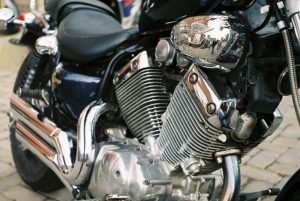 It has to be said – motorcycle accidents on our roads are common.In 2015 there were 365 motorcycle fatalities and 5042 serious injuries. If you want to find out more about motorcycle injuries in the UK just do a Google search. Be warned – much of the information is provided by Law Firms, and some of it is inaccurate. For example, head injuries are not the most common motorcycle injury, despite at least one Law Firm website claiming that they are.

RoSPA (Royal Society for the Prevention of Accidents) lists motorcycle injuries according to their frequency.
Unsurprisingly, because they have little protection on a motorbike, right at the top are the legs, at 39%.
The legs are closely followed by the head at 23%, the arms at 19%, and the shoulder/thorax, the abdomen/pelvis, and the neck – at 10%, 7% and 1% respectively.

Let’s look at a worst-case scenerio first – lower limb amputation by road traffic accident. If you don’t bleed to death on the side of the road you are facing reconstructive surgery, a long road to recovery (years), and a prosthetic limb.

A fracture, or fractures, is clearly less serious. In that case you are facing surgery, rehabilitation, and a gait change, ranging from minor to severe, which may be permanent.

The best-case scenerio involving serious injury to a lower limb, which also includes the foot, is a “degloving injury”. In a degloving injury the skin and some soft tissue is pulled from the foot. I have only seen two of these over many years – they are not a common injury. Both involved the patient losing the fat pad from their heel – they were literally having to walk, badly, on their heelbone which was covered in sensitive scar tissue. I can’t remember the circumstances of the last one I saw, but the first one sticks in my mind. The chap was in a line of bikes, all with their engines running. A bike next to him fell sideways and knocked him over. His heel went into a spinning back wheel. He was extremely lucky not to lose his whole foot. As it was, his boot protected him for a second or two – but that was all – before being shredded.

The rehabilitative treatment for a degloving injury which has removed the heel fat-pad should be simple, once the complicated work – plastic and/or reconstructive surgery, has been carried out and healing is complete. For day-wear a made-to-measure insole is fabricated using a stiff thermoplastic material such as medical-grade polypropylene, with a deep heel cup which contains a thick cushioning material to replace the natural fat pad. Once this is fitted and the patient is balanced up – this may involve using a heel lift on the unaffected leg to counteract the effect of the thick insole – walking becomes pain-free, and normal again – provided the insole is worn. For bare-foot walking you will need a custom silicone  ankle/foot prosthesis with built-in cushioning for the heel. These can be made with skin tones to match the surrounding skin – a tattoo is optional. This is specialised technology – the price reflects that.

Gait is affected, to a greater or lesser extent, in every lower limb injury. Often it is examined early in treatment, and it may not be looked at again until it is assessed by an expert as part of a personal injury claim. This can be a fairly simple process of “eyeballing” the patient walking (there are specific gait markers to look at). When assessing gait the key question is “can the patient walk and function as well as a person of the same sex, age and weight who has not sustained an injury?” The answer may affect the overall claim substantially, in terms of equipment, specialised footwear, or shoe inserts which may be recommended to improve gait.

Gait problems after lower limb injury are often either overlooked or poorly assessed. They shouldn’t be. They can cause pain in the affected limb, and compensatory (where another body-part has to compensate for a limb which doesn’t function as it should) pain – often in the other limb, hips, or the lower back. In some cases they can cause permanent disability.